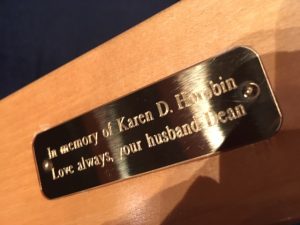 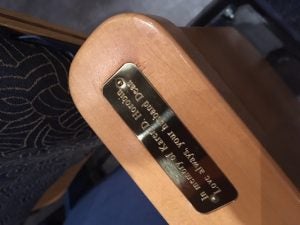 When I arrived at UC Davis as a young faculty member in 1976, the university was still largely an “ag campus” (literally named the Aggies) with very little in the manner of cultural amenities. On Picnic Day, the biggest event of the school year, the university’s chancellor would engage in a cow-milking contest, which I believe he almost always won, despite the inordinate percentage of students who hailed from farms and ranches in the state’s Central Valley. The main venues for performances of any kind were essentially glorified “multi-purpose” halls like you’d find in any large high school down in Los Angeles. When Kazie arrived as a new graduate student in 1983, the same “cow-town” ambiance still pervaded the treatment of the performing arts. How bad was it? When UCD brought in a world-famous symphony orchestra to perform for its 75th anniversary celebrations in 1980, the campus had to pay a hefty “penalty fee” because the acoustics in the “Rec Hall” made the orchestra sound terrible. The performers could hardly hear themselves play, even less the audience appreciate the nuances of their performance!

So imagine how Kazie and I each felt when, courtesy of a huge donation from the highly eminent Napa Valley winemaker Robert Mondavi, UCD constructed a state-of-the-art performance center that opened in October 2002. Although at that time she and I were both going with different significant others, we each independently purchased tickets for the very first season of Mondavi events. Yet by the end of that season, we each had broken up with our respective partners. But our responses were radically different. I lost heart, and did not renew for the next performance season. Kazie, on the other hand, was much more confident, renewing for the second season, plus reserving two seats for each performance! She had no doubt that she’d find a date during the long lull in the summer months, when both of us were single, but didn’t know it.

And then the miracle happened: We discovered that we were both available, and first met for lunch on September 22, 2003. The casual date went very well, plus I learned that her 50th birthday was coming up only two days later, which she wasn’t planning to celebrate! So I asked her out to the best restaurant in Davis for her big rite of passage. That dinner date went even better, and she afterwards informed me that she had season tickets for two at Mondavi, including the performance that very Friday, the 26th. She asked if I was willing to go, my answer was obviously yes, and so our first weekend date was to see the Drummers of West Africa. Three great dates in a row on the even-numbered days, culminating at the Mondavi Center.

We continued as season ticket holders for 15 years, averaging a Mondavi performance every other week or so during the academic year. We’d most often make a dinner and a show out of it, eating downtown at a fine restaurant, walking to the Mondavi Center about a mile away, and then walking back to the car at the end. We continued going even after her first surgery, the radiation, and the chemo (albeit without the walking). Indeed, the penultimate event had Hillary Clinton as the star attraction, getting a copy of her latest book as part of the ticket price! Sadly, we were not able to finish out the season, for reasons you can understand. Our last Mondavi date was on October 13, 2017, to see the Irish band The Gloaming. Yet the fact remained that dates at the Mondavi largely defined our recreational life together – well more than 200 events spanning music, drama, dance, humor, current affairs, and miscellaneous entertainment. Only our extensive travels together had a deeper and more pervasive impact. We could then enjoy each other 24/7 without the distractions of work and home.

The Mondavi Center has a program that allows major donors to inscribe a shiny brass plaque on one of the armrests in the main performance hall. Appropriately, the Center has installed one in the Orchestra section where we usually sat. The photos they sent me are shown above: “In Memory of Karen D. Horobin, Love Always, Your Husband Dean.” I don’t know if I’ll ever be able to attend another event without Kazie, but if I do, I’ll try to reserve that very seat! And the seat right next to it, for my missing companion.